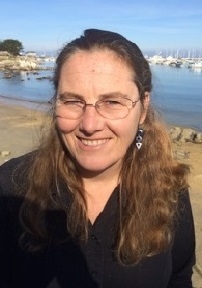 Research interests: Understanding the biological and physical processes responsible for anomalous phytoplankton blooms, particularly summer blooms in the North Pacific. Wilson looks at several parameters, including sea surface height (SSH), sea surface temperature (SST), salinity, and ocean color. Ocean color is the only satellite parameter that measures a component of the biological system, and increased biological activity (such as blooms of organic material) can be assessed through these ocean color images.

Earlier in her career, Wilson participated in a number of cruises on scientific research vessels. These included examinations of silicon cycling in the North Pacific Subtropical Gyre; water sampling to locate hydrothermal sites in Antarctica; and surveys using the ALVIN submersible to locate hydrothermal vent sites on the Lucky Strike seamount in the Mid-Atlantic Ridge.

Current research focus: Along with her work on anomalous phytoplankton blooms, Wilson uses ocean color data to look at chlorophyll concentrations around Peninsula Valdes, Argentina. This location is an important calving ground for southern right whales. Since 2005, there has been an increase in right whale mortality in this area, with more than 90% of the deaths being calves less than three months old.

In another project, Wilson is working with Tracy Villareal of the University of Texas at Austin to compare satellite-detected ocean data with observations collected by Wave Gliders that crossed the Pacific Ocean. Wave Gliders are wave-propelled autonomous vehicles consisting of a float (which sits on the surface) and an underwater sub (which is connected to the float by a long tether). Four Wave Gliders were released in San Francisco in 2011; two had technical problems, but two arrived in Australia more than a year later.

Research findings: Wilson’s research has led her to develop a hypothesis that internal waves generated off the Hawaiian Islands are breaking at the latitude where anomalous algal booms occur. This process may be supplying additional nutrients to the surface layer, which contributes to the anomalous blooms. In her Peninsula Valdes study, Wilson and her team found a statistical relationship between monthly densities of a specific species if phytoplankton (a diatom called Pseudo-nitzschia spp.) and the deaths of southern right whale calves.