When a Day is Not a Day

As the Earth turns, unlikely events can be a drag.

With rigid blade on hard flat ice, a skater moves in curves and circles. Her defiance of straight and solid builds as she stands tall and starts to spin. Not moving a leg muscle, she pulls her arms close, spinning faster and faster until she is almost a blur. Few in the audience may have noted the subtle shift of mass towards her center that created the figure skater’s showiest trick.

It is even less likely that the audience realizes that Newton’s laws of motion have simply been obeyed. These laws govern any spinning object, such as a planet. Richard Gross at NASA’s Jet Propulsion Laboratory (JPL) said, “Earth is just like that skater. Anything that moves mass closer to the Earth’s axis speeds its rotation up, and moving mass away from the axis slows it down.” But what on Earth is moving that could affect its spin, and why does Gross study it?

The Earth has its own mass-shifting movements. For example, in February 2010, the Nazca tectonic plate in the eastern Pacific Ocean basin moved, causing a destructive 8.8 magnitude earthquake in Chile. But its type—a thrust earthquake—counted most for Earth’s rotation. “In a thrust event, one tectonic plate slides under another, and it can move mass up or down,” Gross said. When the Nazca Plate pushed under the South American Plate and moved down towards Earth’s axis, the laws of physics dictate that Earth’s spin sped up.

Likewise, the huge 2004 Sumatran earthquake similarly rearranged the Earth’s mass, causing it to spin slightly faster. On the other hand, ice loss on Greenland in recent years may have slowed down the Earth, as meltwater flowed off its massive ice sheet and down into the ocean, moving further away from the Earth’s axis.

Such mass shifts and other events change Earth’s speed of rotation, and translate into variations as large as a millisecond in length of day, the time it takes Earth to make a complete rotation. These variations create imprecision for navigation systems that depend on Earth’s rotation, so Gross looks for ways to measure them, using extremely precise satellite data and special analysis methods. He can detect the effects of ordinary weather patterns. “The biggest causes are changes in the winds, particularly in the jet streams, which can explain 90 percent of length of day changes,” Gross said. For example, strong westerly winds can make the atmosphere speed up, and then the solid Earth must slow down its rotation. Changes from tsunamis and earthquakes have so far been too small to measure with current techniques.

Mass-shifting events can also make the Earth wobble. “The Earth rotates around its rotation axis, but its mass is balanced about a different axis, the figure axis. Because these axes are different, the Earth wobbles as it rotates,” Gross said. Earth’s figure axis is like drawing a line down the center of a pear, but the Earth does not always spin perfectly around that geometric axis. When the oceans rise or fall, or tectonic plates move up or down, the Earth’s mass is rearranged, the figure axis changes, and the Earth starts wobbling differently. “It’s like the tire on your car; if that tire isn’t perfectly balanced, it will vibrate. The mechanic will put weights on the tire to rebalance it around its axis,” Gross said. Because the North and South rotation poles mark Earth’s axis of rotation, and that axis moves, this wobble is also called polar motion.

Polar motion and changes in rotation speed complicate the problem of calculating exactly where we are in space and time. A few milliseconds of imprecision in a measure of Earth’s orientation become more than a theoretical question when traveling over the vast distances of space.

Everything in space is constantly moving, spinning and orbiting in a complex choreography. Researchers keep track of exactly where the Earth is in this dance, and how it is oriented towards other heavenly bodies. Much as ancient navigators learned to triangulate the stars to find their way over faceless oceans, today’s scientists use radio telescopes to peer at very distant quasars as a reference for Earth’s orientation, a method called very long baseline interferometry. Gross is especially interested in Earth Orientation Parameters (EOPs), which describe how the Earth is positioned in its rotation at any given point in time, past or future. To know EOP precisely, he must measure polar motion and length of day.

Gross said, “This problem goes back to the 1600s, when astronomers were looking at the position of the moon. As the moon passed in front of the stars, they tried to predict its position based on a uniform rotation of Earth. But they couldn’t do it, because Earth is slowing down.”

The length of day question became more pressing when humans started launching objects into space. “In the early days of interplanetary spaceflight, navigators assumed that Earth’s rotation was constant, but they couldn’t fit their tracking measurements with that assumption. When they took into account that the Earth’s rotation varies, they got better results,” Gross said.

Imagine spinning around in a circle, with a ball in your hand. If you want to hit a target with the ball, you need to predict when you will be facing the target, so that you know when to throw. This is not unlike the problem of launching a spacecraft from the rotating Earth to land on the moon, an average of 239,000 miles away.

Today, precise EOP predictions support longer space journeys and direct landings on Mars, about 34 million miles from Earth at the closest points in the orbits of the two planets around the Sun. Gross said, “When you want to directly land a rover on Mars, uncertainties in Earth’s rotation can be a problem. For a precise pinpoint landing, you have to do your best to predict how the Earth will be oriented in the future as the spacecraft approaches Mars. Because of the large distances involved, small millisecond changes in the length of day become kilometer-sized position errors by the time you get to Mars.”

Gross’s research uses several kinds of data from the archives of NASA's Crustal Dynamics Data Information System (CDDIS), including Global Positioning System (GPS), satellite laser ranging, and very long baseline interferometry. Each of these position-measuring technologies has different coverage and advantages, and by combining and comparing them, Gross can get the most accurate estimates. Using computer models, he can then specify the Earth’s orientation at any point in the past or future.

Here on Earth, tiny spin and wobble variations also have consequences even over just the distance between the poles and the equator. Brian Luzum, at the U.S. Naval Observatory, said, “I’m concerned with very practical matters of Earth orientation, like knowing exactly where we are on the ground or the ocean.” An aircraft heading for landing on an aircraft carrier on a foggy night, for example, would like to know very exactly the position of that ship.

Luzum specializes in EOP predictions for navigation and positioning, which depend on GPS systems. GPS receivers triangulate their location from a constellation of satellites orbiting overhead. Luzum said, “A GPS receiver on the ground needs to know how it is oriented to the satellite in space, so it needs these EOPs.” The EOPs make the GPS coordinates much more accurate.

“You can essentially turn this into a geometry problem, a large scale surveying problem, one that is constantly changing,” Luzum said. “A thousandth of a second difference in rotation speed may seem like a ridiculously small amount of time, but it can translate to about fifty centimeters of distance at Earth’s equator. And if you accumulate the length of day variations over a number of days, it can add up to many, many meters. If you can’t navigate within a fraction of a kilometer, it is a real problem.”

His work depends on Gross’s studies of length of day. He said, “Richard takes something complicated and breaks it into less complicated parts. His research tells us how global weather and ocean changes work together.” Atmospheric pressure changes and changes in ocean bottom pressure also affect Earth’s rotation. “Because people like Richard have figured out these effects, we can use weather forecast data in our EOP predictions,” Luzum said.

Gross continues to work on directly measuring the effects of earthquakes, atmosphere, and oceans on length of day, using satellite data, for an even more refined prediction of Earth’s rotation. He said, “These changes are so small, most people don’t worry about them, but we worry about them.” 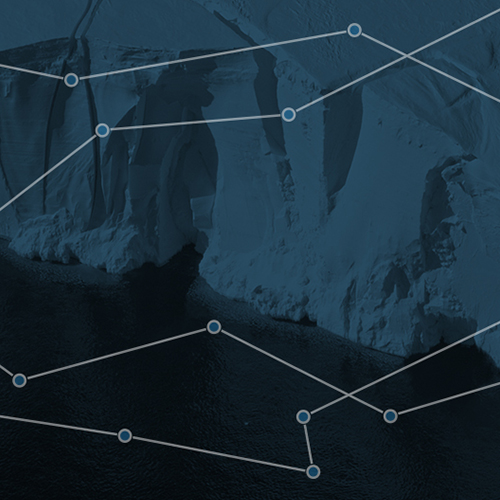 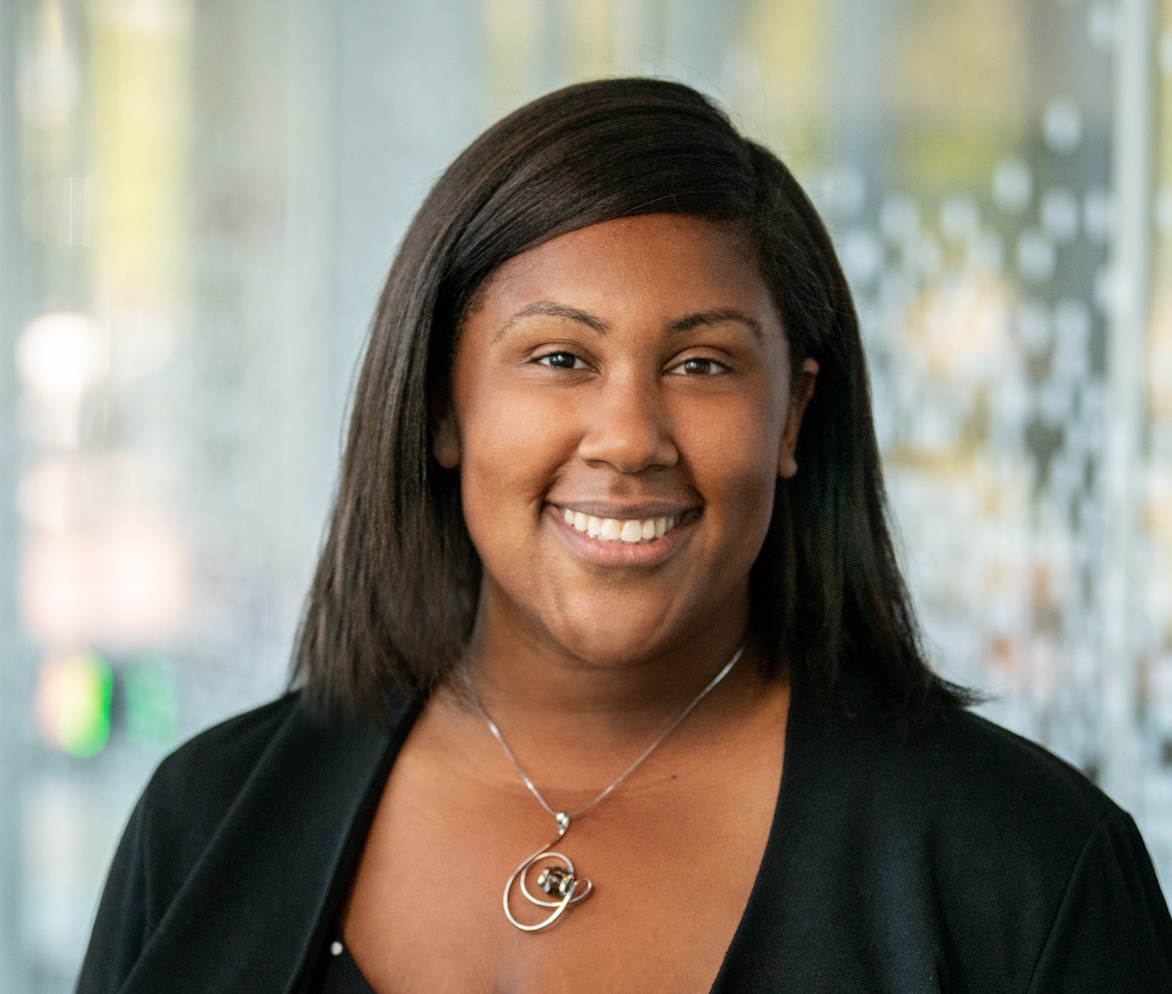