NASA’s ASDC will be the home for more than a half-dozen new atmospheric data products from the upcoming SAGE III mission.
Josh Blumenfeld, EOSDIS Science Writer

NASA’s Atmospheric Science Data Center (ASDC) will be the home for more than a half-dozen new atmospheric data products created from data collected by the Stratospheric Aerosol and Gas Experiment III (SAGE III) instrument mounted on the International Space Station (ISS). The SAGE III instrument will be carried to the ISS on the upcoming SpaceX Cargo Resupply Mission-10, or CRS-10, which is scheduled for launch in mid-February 2017. If all goes according to schedule, these new data products should be available by mid- to late-summer.

SAGE III will measure the composition of the stratosphere and troposphere, and builds on the legacy data of the SAGE I, SAGE II, and SAGE III Meteor-3M instruments. SAGE III data will further enhance ozone (O3) and aerosol data currently being collected by the Ozone Mapping and Profiler Suite (OMPS) aboard the joint NASA/NOAA Suomi National Polar-orbiting Partnership (Suomi-NPP) satellite and the Ozone Monitoring Instrument (OMI) aboard NASA’s Aura satellite. Designed to operate for a minimum of three years, SAGE III will monitor the state of recovery of Earth’s ozone layer, collect aerosol measurements needed for climate and ozone models, and provide insights into processes contributing to ozone and aerosol variability.

Similar to its predecessors, SAGE III will provide vertical profiles of ozone (O3), aerosols, nitrogen dioxide (NO2), and water vapor in Earth’s atmosphere by taking about 32 measurements each day when the sun or moon is rising or setting. Aboard the ISS, SAGE III will collect data in an orbit ranging from 385 km (about 239 miles) to 415 km (about 257 miles) above Earth at a 51.6-degree inclination. The unique orbit path of the ISS allows SAGE III to collect ozone data during all seasons and over a large portion of the globe.

After a check-out phase to ensure that the instrument is returning accurate data, SAGE III data products are anticipated to be released to the public about six months after launch. These data products will be available through NASA’s ASDC, which is located at NASA’s Langley Research Center (LaRC) in Hampton, VA. The ASDC is one of NASA's discipline-specific Distributed Active Archive Centers (DAACs) that are part of NASA’s Earth Observing System Data and Information System (EOSDIS), and provides data related to Earth’s radiation budget, clouds, aerosols, and tropospheric chemistry. The ASDC is the permanent archive for all data from the SAGE I, SAGE II, and SAGE III Meteor-3M missions, including associated data documentation. 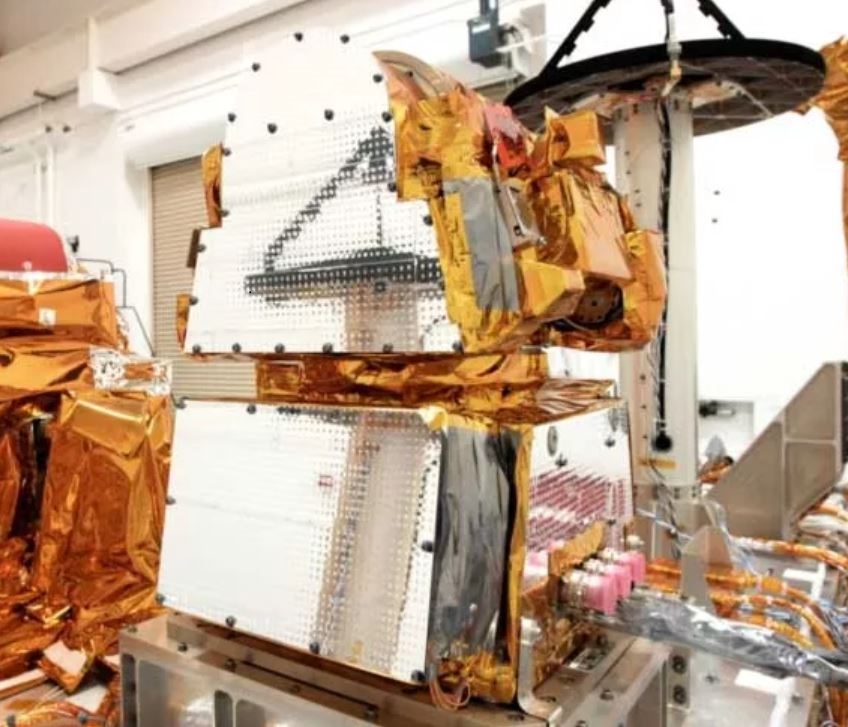