A Tale of Two Rivers

Complex structures keep the Mississippi River out of the Atchafalaya, for now.

The Mississippi River threatens to leave New Orleans dry, diverting into the Atchafalaya River upstream of Baton Rouge. Over millennia, the Mississippi has made natural shifts, wandering hundreds of miles in grand arcs with ancient channels stretching into Texas. A shift may take hundreds, even thousands, of years, during which water patiently cuts the earth, scissoring a riverbed deep enough to eventually lure more water, more rivers until a giant boa constrictor surges.

Rising in northern Minnesota, the Big Brown picks up nutrient-rich sediment along its 2,300 mile-long journey south and deposits the slough into Louisiana’s wetlands. But before it enters the boot of Louisiana, it feels the tug of the Atchafalaya River, a distributary on its right bank. By the 1940s, one-third of the great river had been captured. Now, if left to nature, the Atchafalaya threatens to swallow it whole, seizing the commercial value of the Mississippi. Between Baton Rouge and New Orleans dozens of industrial sites illuminate the river like a glowing sea slug, producing chemicals for such companies as Dow and Monsanto, processing agricultural products, refining 13 percent of the nation’s gasoline and acting as a major U.S. shipping lane. Here, nature cannot be afforded; the greed of rivers must be attenuated.

In control of nature

In the largest and most intensively managed floodway in the United States, the Mississippi meanders through an intricate lacework system of concrete dams and spillways, and earthen and rock levees that assist in navigating water. The United States Army Corp of Engineers (USACE) manages these controls for effective water application. “Still,” said Hahn Jung, a postdoctoral fellow at NASA's Goddard Space Flight Center, “it is not well known how flooding water moves up and down this area scientifically.” Without accurate data, the potential for a miscalculation increases—an impending danger for an unruly floodway so eager to tip its scales.

The better the science, the better the planning. Floodplains, with their multiple variables—soil type, sediment, man-made obstacles, and geomorphology of river rocks, tree roots, and other vegetation—cannot be accurately measured, but a model can offer a simplified representation of water dynamics. It can do a better job of predicting flow. It can better inform the Corps where water needs to go, and just how much. So to improve this science, Jung calibrated a hydrodynamic model using satellite data. He used the LISFLOOD-ACC model, a two-dimensional model that can simulate the flow of a river as well as its spread. “With LISFLOOD, I can provide daily, even hourly, measurements of discharge,” Jung said, “something snapshot satellite imagery cannot.” A non-calibrated model may falsely represent actual field conditions. But like all models, the LISFLOOD-ACC, reflects the complex reality of an immeasurable scenario, meaning models are not sophisticated enough to account for every nuance and trait within a river. Still they offer the ability to predict future behaviors.

The Atchafalaya flows west of the Mississippi. It is 20 feet lower and 150 miles closer to the Gulf. Water wants to go there. Connecting the two rivers, in the form of an H, is the Old River, the site where the Atchafalaya could capture the Mississippi. In 1963, USACE constructed a seven-mile channel system of dams and spillways to relieve some of the Mississippi but not all. Should the shift happen anywhere, it would be here. In the spring of 1973, the Old River Control Structure (ORCS) nearly failed when the Mississippi swelled with unusually high snowfalls thawing in the north and persistent rains sluicing the south. Further down the river with deafening turbulence, the Morganza Spillway opened 42 of its 125 steel gates to assuage the ORCS’s vibrating foundation. The only other time this spillway opened was in May 2011.

Controlling a flood is one thing, but maintaining a fragile ecosystem is another. Before USACE was responsible for allocating the waters in the Atchafalaya basin, water went where it pleased and people accepted it. Now who gets what? Knowing how much water is where leads to better planning. “If you can target annual spring flows with a certain accuracy, then water resource engineers can better allocate and distribute that water,” said Michael Jasinski, Jung’s mentor and a NASA physical scientist specializing in hydrology.

Easier said than done. Farmers ask to keep their soils saturated, not drenched. Shrimpers and fishermen benefit from low freshwater flooding, where nutrient-rich waters create enormous growth of shrimp that then feed trout, redfish and flounder, but municipalities, like the one in New Orleans, ask to keep levels high, countering saltwater intrusion into their drinking waters. Opening floodgates, as was done recently in May 2011, displaces larger animals. Deer struggle to find ground, levees trap alligators, and feral hogs drown. And still conservationists say the wetlands need silt to replenish.

Since the 1600s, having been considered “wastelands” for centuries, more than half of these fragile ecosystems have been converted for other purposes. Wetlands function much like sponges, absorbing floodwaters, and then slowly releasing them. The largest swamp in the United States, the Atchafalaya flood basin combines wetlands and river deltas that buffer against major catastrophes. But levees steer Mississippi waters and nutrients away from wetlands, and without regular flooding, wetlands compact.

The science of planning

Jung’s calibrated model offers a foundation for studying river discharge worldwide. “Who ever thought you could measure discharge from space?” Jasinski said. “Twenty or so years ago, the only way to measure discharge, was to get in a boat and lower a flow meter.” Satellites will not alleviate the need for in situ measurements in the U.S., as in situ measurements validate models; however, they will be invaluable in ungauged rivers in remote areas of the world. Further, gauges do not typically exist in floodplains.

This work looks forward to a NASA satellite due to launch in 2020. “A mission isn’t just launched and then everybody rolls up their sleeves and starts using the data,” Jasinski said. The Surface Water Ocean Topography (SWOT) mission will launch altimeters to look at the surface and slopes of rivers, floodplains, and oceans. Once the slopes within these water bodies are determined, models can be further applied to predict discharge or ocean circulation. “This is a bold cut, a new idea,” Jasinski said. “We will have a satellite to target land, changes in water storage in lakes and reservoirs, and river discharge.” Data will be available where it was not before. “This research isn’t just about hydrodynamics,” Jung said. “It has far greater implications and potential to prepare communities for upcoming climate change.” Climate change affects Earth’s water balance. Some areas will become drier, while others wetter. The key to planning is knowing how much freshwater water will go where.

To get an accurate model, Jung ran the LISFLOOD-ACC for two months, trying to match the change of water elevation within his model to the results of the satellite data. One of the model’s calibration parameters is Manning’s Roughness, a friction coefficient based on the topography of the riverbed and floodplain. Smooth surfaces, like clay, have a low roughness, but a jagged bottom or something with trees in it will be high. More friction means slower discharge speeds and different water levels. The model is then set up using river gauge data that represent the shape of the channel and the amount of discharge for that particular spot. “Then you run your model,” Jasinski said. “And you compare the heights you get for the floodplain with the change of heights from the ALOS PALSAR satellite data and the in situ data. You run it for a number of roughness values and when the value matches the satellite height to the model height, you get your calibrated model. It’s a straightforward matching.” The best match provides the most-comprehensive value for Manning’s Roughness coefficient, and that’s the model that can estimate river flow for any number of discharges.

This model, together with future satellite data, may aid in understanding other complex floodplains. “People need to know how climate change is going to affect the water resources of Earth and as a society, we need to adapt to that,” Jasinski said. If, and many think when, the Atchafalaya captures the Mississippi, the cities of Baton Rouge and New Orleans need to brace themselves for the potential turn of the Big Brown.

The photograph in the title graphic shows the swampy environment of the Atchafalaya basin (Courtesy M. Levine) 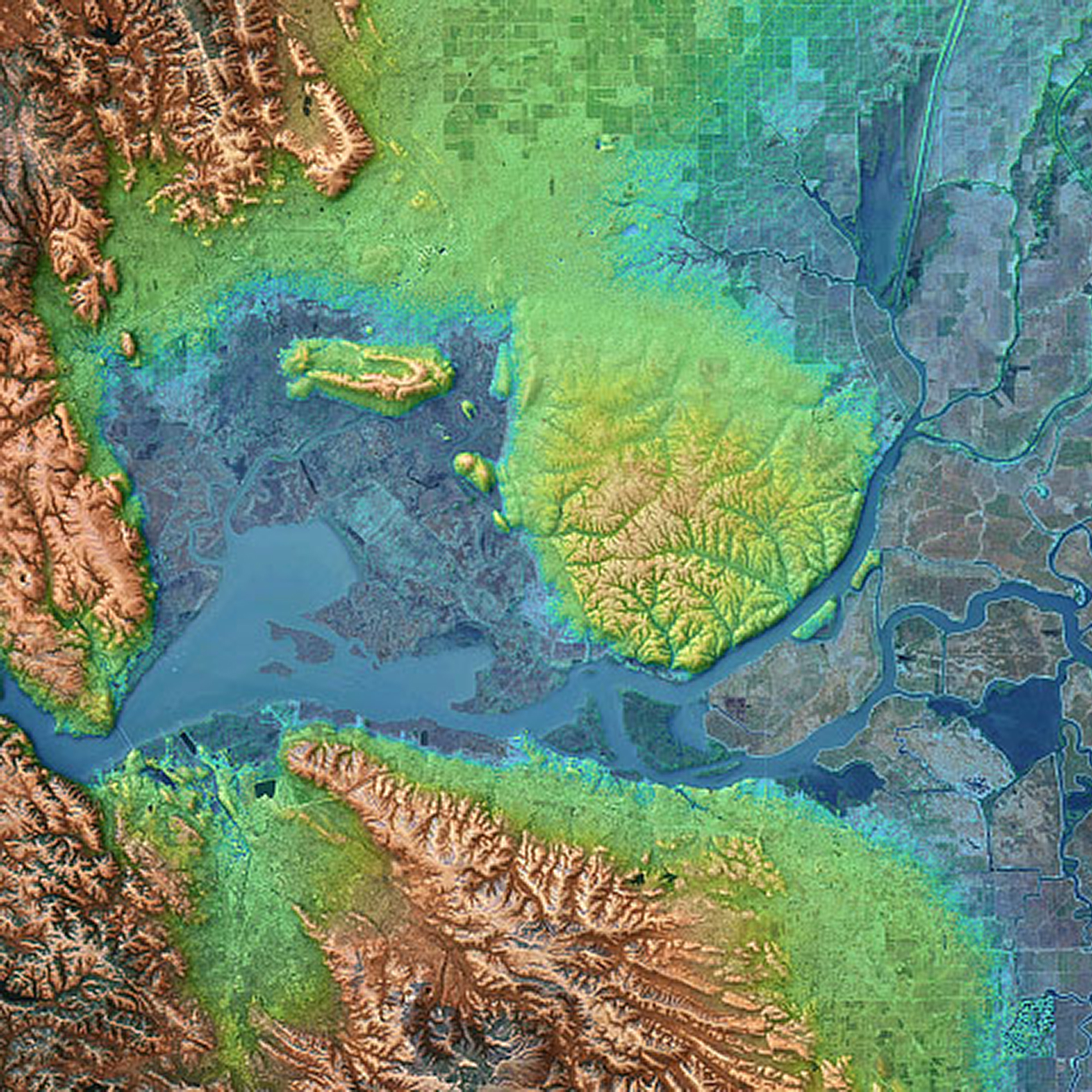 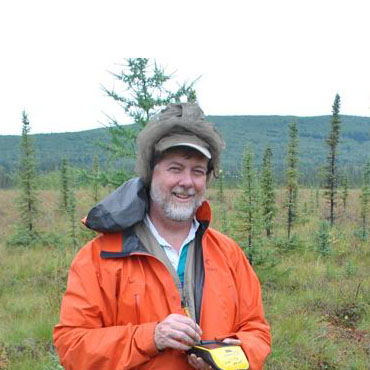 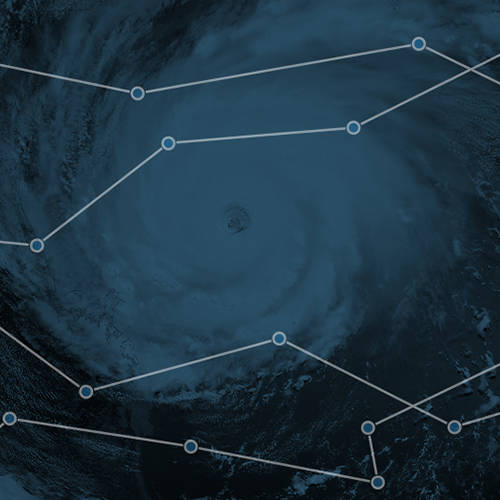