Image captured on Jan 4, 2023, by the ABI instrument aboard the GOES-West satellite.

This GeoColor image of a bomb cyclone approaching the U.S. West Coast on January 4, 2023, was acquired at 9:30 a.m., Pacific Time (12:30 p.m, Eastern Time) by the Advanced Baseline Imager (ABI) instrument aboard the GOES-West (GOES-17) satellite. The storm system is set to bring widespread flooding, rapidly rising rivers and creeks, impassable roads, and the possibility of landslides and mudslides to California.

The GeoColor image consists of true color imagery for the day and multispectral blended infrared (IR) for night. At night, the true color imagery gives way to IR-based blended multispectral imagery that provides differentiation between low liquid water clouds (shown in light blue) and higher ice clouds (shown in gray/white). It also includes a static city lights/nighttime lights database derived from the Visible Infrared Imaging Radiometer Suite (VIIRS) Day/Night Band, which aids in geo-referencing and can help determine the proximity of clouds (such as fog) or weather hazards (such as thunderstorms or tropical cyclones) to population centers. Please note that as these lights are static, they will not change even if, for example, a weather-induced power outage occurs. 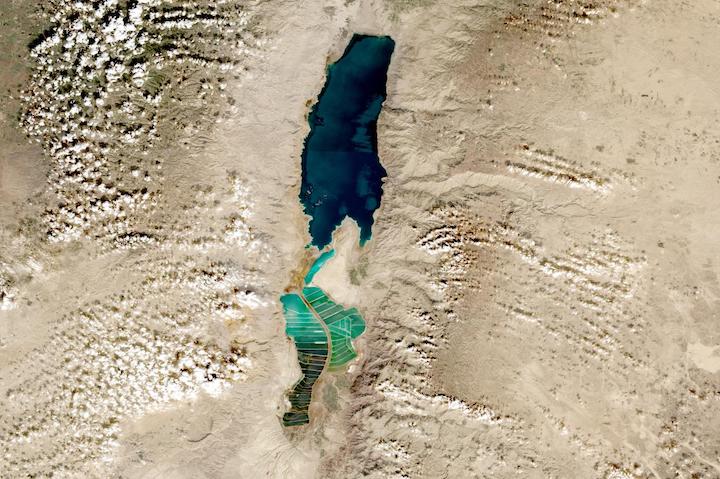