Image captured on 26 June 2021, by the MODIS instrument, aboard the Aqua satellite. False-color (Bands 7-2-1) corrected reflectance image of Iceland in the Arctic polar stereographic projection. This image was acquired by the Moderate Resolution Imaging Spectroradiometer (MODIS), aboard NASA's Aqua satellite. The bands 7-2-1 false-color combination can be used to distinguish snow and ice from clouds. Snow and ice are very reflective in the visible part of the spectrum (Band 1), and absorbent in Bands 2 (near infrared) and 7 (short-wave infrared, or SWIR). Thick ice and snow appear vivid sky blue, while small ice crystals in high-level clouds will also appear blueish, and water clouds will appear white. The large blue area in the central eastern section of Iceland is the Vatnajokull Glacier. Also visible on the Reykjanes Peninsula in the southwestern region of Iceland is the volcano near Mount Fagradalsfjall, which is visible in bright red. 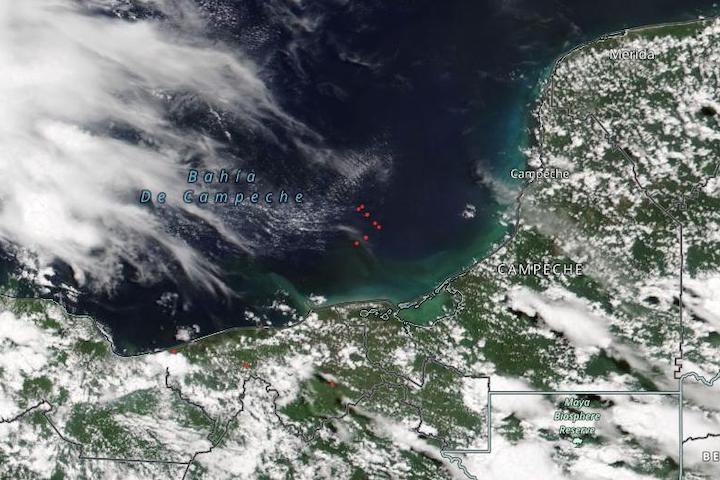 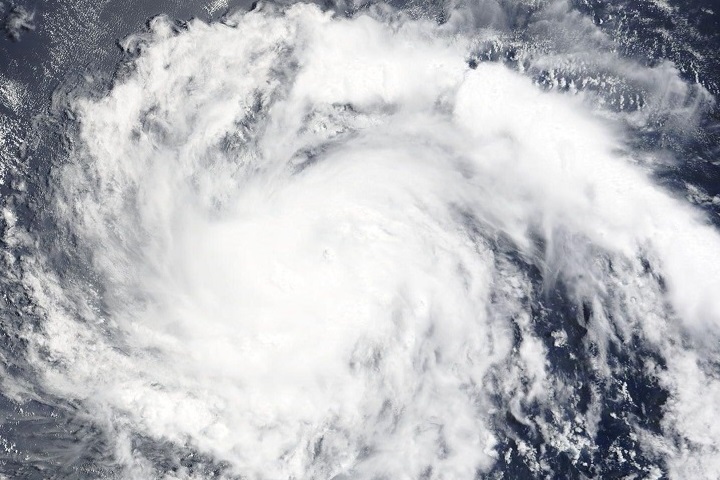