Image captured on 5 March 2022 by the MODIS instrument aboard the Aqua satellite. 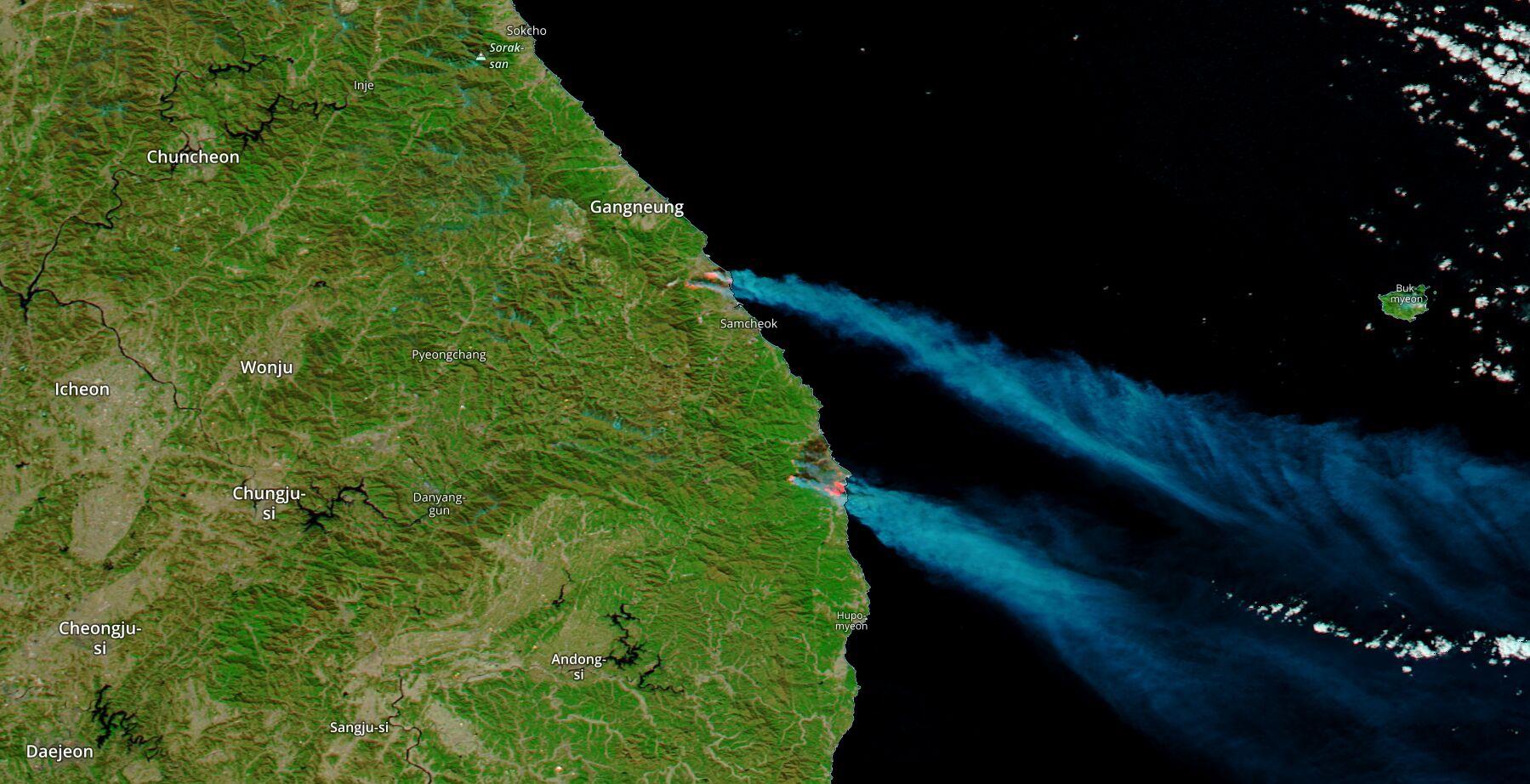 False-color (Bands 7-2-1) corrected reflectance image of fires on the eastern coast of South Korea on 5 March 2022. The image was acquired by the Moderate Resolution Imaging Spectroradometer (MODIS), aboard the Aqua satellite. Smoke is visibly emanating from the actively burning fire fronts (in bright red). The southern section of fire started on 4 March near the town of Uljin and the northern portion is near the town of Samcheok. The 7-2-1 band combination is useful for distinguishing burned area. Burned areas or fire-affected areas are characterized by deposits of charcoal and ash, removal of vegetation and/or the alteration of vegetation structure. When bare soil becomes exposed, the brightness in Band 1 may increase, but that may be offset by the presence of black carbon residue; the near infrared (Band 2) will become darker, and Band 7 becomes more reflective. When assigned to red in the image, Band 7 will show burn scars as deep or bright red, depending on the type of vegetation burned, the amount of residue, or the completeness of the burn. 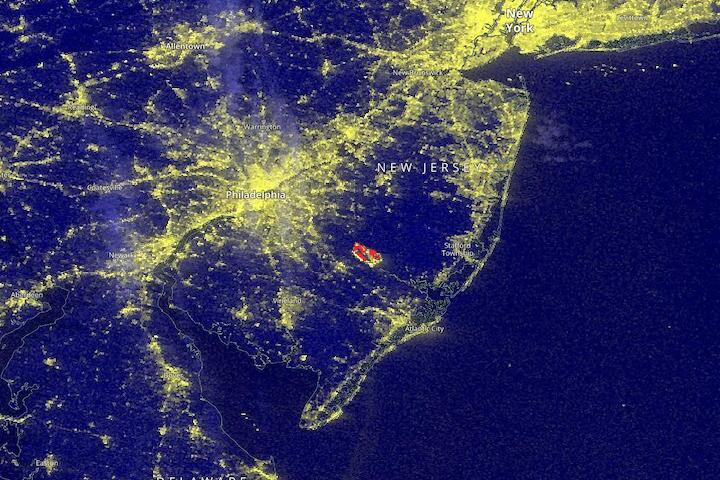 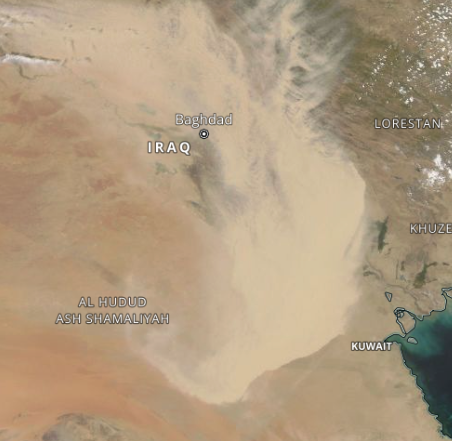