Image captured on 8 April 2019, by the VIIRS instrument, aboard the joint NASA/NOAA Suomi NPP satellite. True-color image of Lake Balkhash in Kazakhstan. The image was acquired on 8 April 2019 by the Visible Infrared Imaging Radiometer Suite (VIIRS) instrument, aboard the joint NASA/NOAA Suomi National Polar-orbiting Partnership (Suomi NPP) satellite. Use the comparison feature to view the area with other band combinations such as the false-color combination of VIIRS Bands M3-I3-M11 (on the right), where lake ice appears in bright red and is differentiated from water, which will appear very dark in the image. 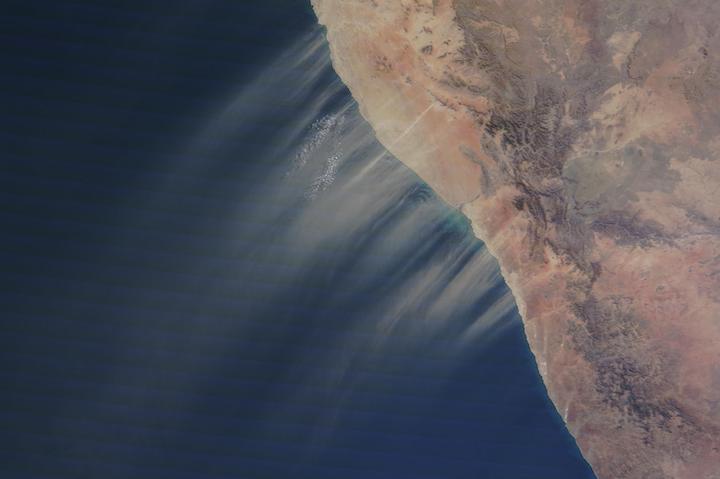 Jun 27, 2022
Dust Blowing Off the Coast of Namibia and South Africa